Productivity is always a metric worth improving for a growing business. There are a lot of different ways to go about it, both on a personal/individual level (eg. setting daily goals, developing rhythms and rituals of work, etc.) and on a company wide level (adopting standard ways of working, picking the right communication channels for different tasks and so on). I get a little dizzy just trying to count up the different productivity strategies being used in our office!

The great thing about productivity is that there’s always room for improvement and that’s why we decided to make it the theme of our recent in-house hackathon.

A couple of weeks back we had our third annual internal ekreative hackathon. Not only was it a fun weekend, a time to bond, play on the x-box together and release our kreative sides, it also raised the bar in terms of the standards of the projects that were completed and the usefulness of the event as a whole. The objective set for the teams was to create projects that would enhance productivity within the office, but they could also work on their own pet projects (though if they chose this option they wouldn’t be eligible for prizes).

In total we had eleven different teams enter including three teams working on personal projects who produced some fantastic work despite being ineligible for prizes. At the end of the weekend the projects were judged by a panel including our CEO Viktor, Kreativity’s David and our resident translations guru Pasha. All were in agreement that the standards were high and the decision was a tricky one to decide who would win the prizes.

Eventually 1st place was awarded to the creators of ‘Marta’, a skype bot designed to take some of the workload off of our long suffering office manager Katya (and a few other people too). Marta now reminds us when we need to order lunches, track time, or sign up for various other extra activities. She also allows us to open the office front gate via Skype and shows us the profiles of our colleagues if we enquire about a specific skype name (a welcome tool in an ever growing company – there are a lot of new faces around!). There are plans in place to continue Marta’s development so that she can help us pay our taxes on time too and much more.

2nd place went to team Hugo’s ‘Network observer’ tool, a library which when added to a project logs all requests to the server and makes the process of identifying faulty code much slicker by removing the need for mobile developers to go through the procedure of plugging their test device into a computer, recreating the problem and then sending the back enders the resulting logs. It also removes the need to create separate back end test builds, saving a lot of developer time in the process. The tool still needs some optimising before it’s ready to use with real projects, but the basic functionality was up and running by the end of the hackathon.

3rd place went to an updated version of our inhouse Skype call recording system, which records all skype calls and saves them to the cloud for future reference. The system is setup to allow a future feature in which messages can be converted to text and then searched for specific words.

There was also a ‘People’s choice’ award which went to the team which developed a ‘Device Lab’, a physical board for storing the office’s testing devices. Whilst simple in appearance, use of the device lab helps to ensure that test devices are easy to find and not cluttering up anyones desk.

There were a lot of other helpful and imaginative ideas on display though, from holiday trackers to achievement based project organisers and IoT thermometer sensors through to painted wall art (this time on a temporary room divide). 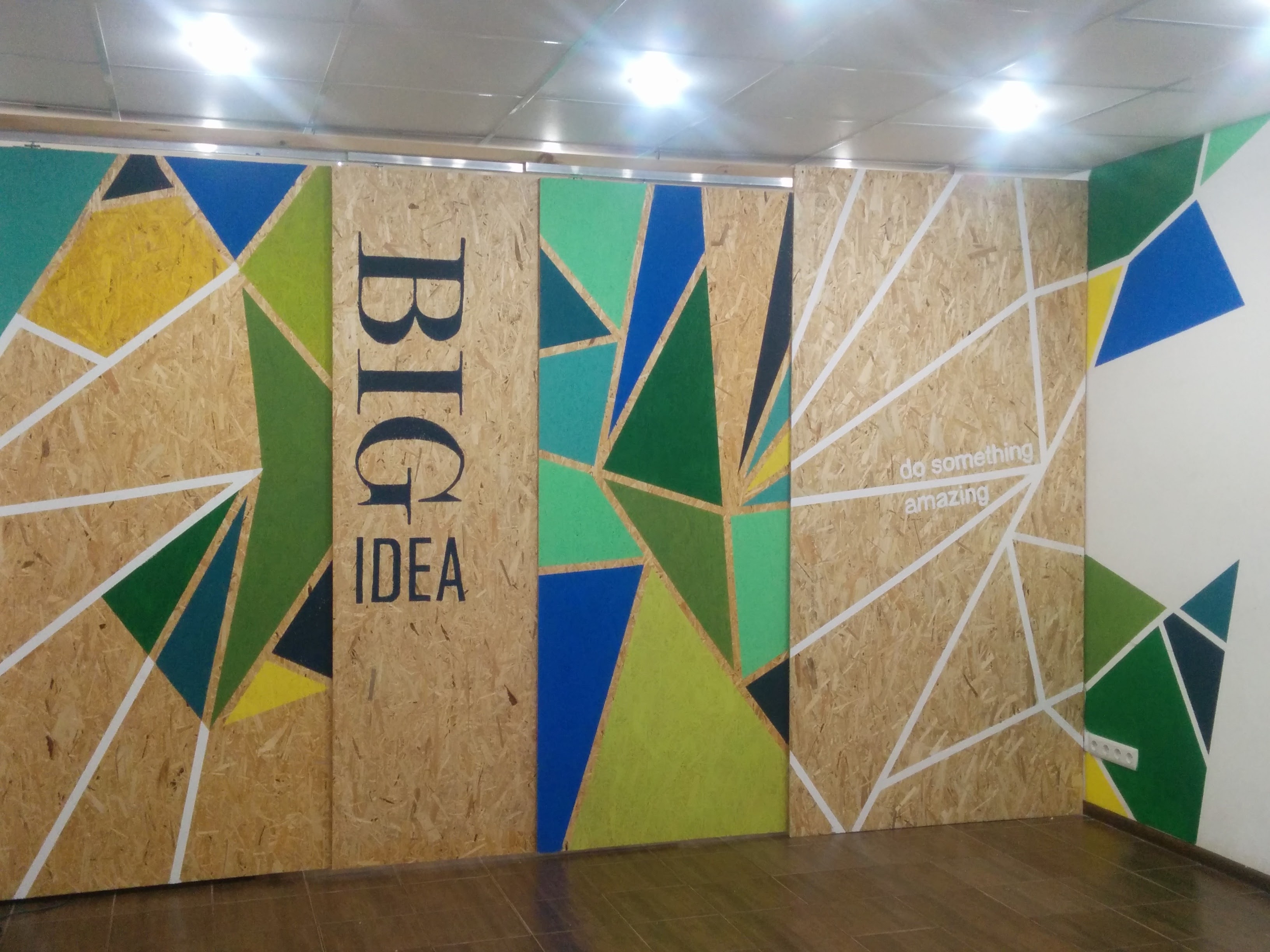 The weekend after the hackathon it was time to boost our productivity by somewhat less direct means. Namely, it was time for our company retreat. Two days of quality down time along with our families at an out of town resort with a great pool and outdoor activities from quad bikes to jetskis.

Getting quality rest is actually crucial for productivity, a fact recognised famously by Henry Ford when he introduced 5 day working weeks for his workers rather than the standard 6 day week previously adhered to, with the aim (successfully achieved) of boosting productivity.

That’s why we used the opportunity of the corporate retreat to let our hair down, with plenty of lounging, water polo, extreme sports and dancing the night away (a group of Ekreatives even put together a one off band to help us get our groove on).

Self assessment and motivation

The corporate retreat held a little bonus productivity aid as well. It came in the form of a team meeting where we looked back on the last year at eKreative and saw how we’ve changed and grown during that time. Viktor also spoke about the vision for where the company is headed and the culture we’re building together.

This pep talk held two key productivity boosters. Reflecting on the past and clarifying our vision for the future. When we reflect we look at what we’ve done so far, where we were successful, what we need to do more of and this informs the way we work now. When we have a clear vision of where we’re headed, we’re better able to discern how to get there in an efficient way.

Over the course of the last two weekends we’ve had a lot of fun together, but I’m convinced we’ve also grown as a company and that our productivity has been impacted for the better in result. What productivity boosting tricks does your office employ? Tell us in the comments below.