The internet is great for forming communities of like minded people despite the large geographic distances between them. It can also be a fantastic tool though for more localised community building!

On Sunday eKreative was delighted to be involved with the “Cher[IT]y” community sports festival, (taking place at a park not far from our office), which brought together the workers of several local IT companies along with their families and friends, to create a really fun day which was great for networking and team bonding time, but also allowed us to contribute directly to the city’s active, outdoor, summer atmosphere.

The headline event was a 10k run, open to all who made a charitable donation towards a refurbishing project to spruce up the park’s somewhat decrepit outdoor cinema and attracting runners of all shapes, sizes and ages. Here’s eKreative CEO Viktor Yevpak, ready to go and sending a clear message from the off: techies push themselves hard, to raise the bar not only personally, but also for the city as a whole. 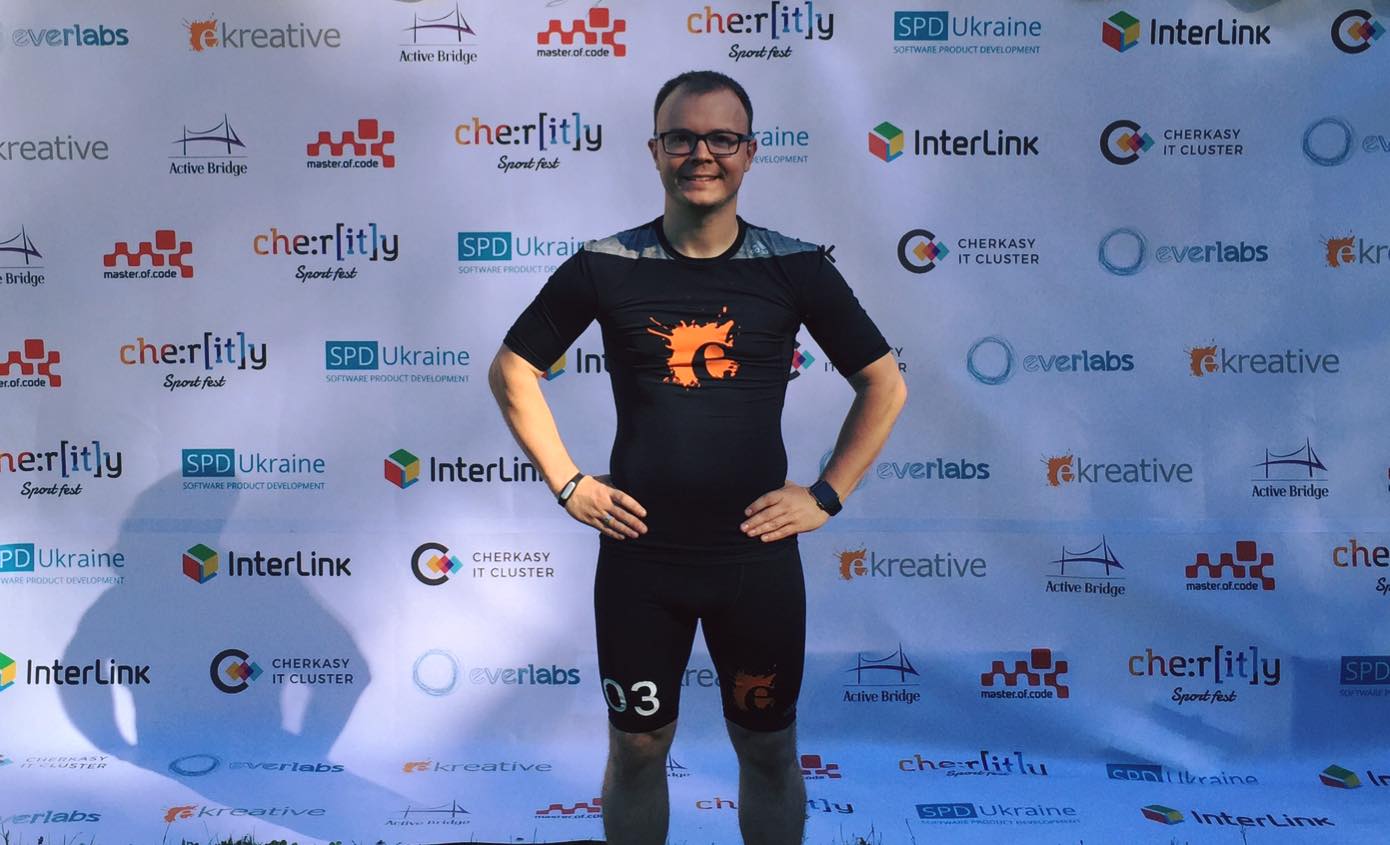 The day went on with a free, sociable, but occasionally competitive air, the different companies putting forward teams to compete in basketball, table tennis, beach volleyball and general knowledge competitions. Along with this more competitive element though, a positive party atmosphere, with live music, and a host of smaller, health and fitness focussed events and workshops were also taking place.

It was especially encouraging to see the number of groups and companies that were getting involved from outside the technology sphere. Whilst the initiative came from IT firms, the event’s other sponsors included an array of sports shops, a bank and even a cinema hall. Also contributing were local healthy eating startup “Foodhacker”, community furniture flashmob “Street Furniture Workshop”, and a host of other local groups and individuals determined to make a difference.

It’s great to be involved with such a positive, cultural event and to see how the IT community, including eKreative, can transform not only the digital world, but the real world too. I hope you’re feeling encouraged, reading about what’s going on where we are, to start transforming your own community, wherever you are! Tell us in the comments below, how does your local IT community affect its wider locale? What other community events or schemes have you been involved in or heard about?